To continue learning about the enhancements in vSphere 7, this time we will see what is related to Storage

vSphere supports various storage options and devices to give us the flexibility to set up the storage solution that integrates with our environment. Using vSphere storage and its enhanced features can help meet the demands of our workloads and improve the overall management experience of our virtual data center.

iSCSI Extension for RDMA (iSER) provides high-performance iSCSI connectivity for standard RDMA NICs. In addition to supporting traditional iSCSI, ESXi supports the iSER protocol. When the iSER protocol is enabled, the iSCSI framework on the ESXi host can use the RDMA transport instead of TCP/IP. vSphere 7 also adds iSER support for vSphere Virtual Volumes.

In vSphere 7, support for iSER requires the following:

• A target array that supports iSER on RoCE

Configure iSER on the ESXi host so that the iSCSI framework on the host can use Remote Direct Memory Access (RDMA) transport instead of TCP/IP.

NOTE: iSER does not support NIC teaming. When configuring port binding, use only one RDMA adapter per virtual switch.

To enable the VMware iSER adapter, use the esxcli command and ensure that you meet the following requirements:

• Verify that your iSCSI storage supports the iSER protocol.

• Install the RDMA-capable adapter on your ESXi host.

• Hot-add and hot-remove of local NVM devices, if the server system supports it

In vSphere 7, the NVMe storage can be directly attached to a host using a Peripheral Component Interconnect Express (PCIe) interface or indirectly through different fabric transports.

ESXi 7.0 supports the NVMe protocol to connect to local and networked storage devices. For local devices, we can use a PCIe interface. For devices on a shared storage array, use NVMe over Fabrics (NVMe-oF) For shared NVMe storage, we can use NVMe over Fibre Channel (FC-NVMe) or NVMe over RDMA with the RoCE v2 technology.

vSphere 7 supports remote access to shared NVMe storage, such as NVMe over Fibre Channel (FC-NVMe) and NVMe over RDMA with RoCE v2 technology.

When we use FC-NVMe, the following components are required:

• NVMe controller on your storage array.

• 4 paths per namespace per host

The NVMe over RDMA (RoCE v2) technology uses RDMA for transport between two systems on the network. Data exchange occurs in the main memory, bypassing the operating system and processor of both systems. ESXi 7.0 supports RoCE v2 technology, which enables RDMA over an Ethernet network. To access storage, the ESXi host uses an RDMA network adapter installed on our host and a software NVMe over RDMA storage adapter. NVMe over RDMA with RoCE v2 technology provides ultra-efficient storage to optimize performance-sensitive workloads over our existing Ethernet fabric. You must configure both adapters to use them for storage discovery. The adapter configuration process involves setting up VMkernel binding for an RDMA network adapter and enabling a software NVMe over RDMA adapter.

• NVMe controller on your storage array

• Network adapter on your ESXi host that supports RoCE v2

• Software NVMe over RDMA adapter enabled on your ESXi hosts

To configure your ESXi host to use NVMe over RDMA (RoCE v2):

1. On your ESXi host, install an adapter that supports RDMA (RoCE v2).

2. In the vSphere Client, verify that the RDMA adapter is discovered by your host.

4. Verify the VMkernel binding configuration for the RDMA adapter.

6. Discover NVMe controllers on your array (automatic or manual).

Identify the physical network adapter that corresponds to the RDMA adapter.

Configure the VMkernel binding for the RDMA adapter.

The software NVMe over RDMA adapter appears on the list as a vmhba storage adapter. We can remove the adapter if we must free the underlying RDMA network adapter for other purposes.

Pluggable Storage Architecture (PSA) is an open and modular framework that coordinates various software modules that are responsible for multipathing operations.

VMware provides generic native multipathing modules, called VMware NMP and VMware HPP. In addition, the PSA offers a collection of VMkernel APIs that third-party developers can use. Software developers can create their own load-balancing and failover modules for a particular storage array. These third-party multipathing modules (MPPs) can be installed on the ESXi host and run in addition to the VMware native modules, or as their replacement.

The PSA software modules use different mechanisms to handle the path selection and failover.

In vSphere 7, the HPP performs the following functions:

• Acts as the default plug-in that claims NVMe-oF targets

• Improves the performance of ultra-fast flash devices installed on ESXi

• Can replace the Native Multipathing Plug-in for local NVMe devices

In vSphere 7, HPP integrates path selection and failover logic within a single module, reducing cross-module calls. To support multipathing, HPP uses a Path Selection Scheme (PSS) when selecting physical paths for I/O requests. We can use vSphere ESXi Shell or the vSphere CLI to configure the HPP and PSS. For local NVMe devices, NMP remains the default plug-in, but we can replace it with HPP.

To achieve the fastest throughput from a high-speed storage device, follow these recommendations:

• Use the HPP for NVMe local or networked devices.

• Do not activate the HPP for HDDs or slower flash devices.

• When using NVMe-oF, do not mix transport types to access the same namespace.

• Before registering NVMe-oF namespaces, ensure that active paths are presented to the host.

• Configure your VMs to use VMware Paravirtual controllers.

• Configure your VMs to use high-latency sensitivity.

I hope it has been useful to you. The official documentation can be found here.  In the next post, we will see the vSAN enhancements! 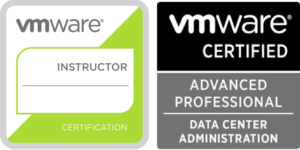